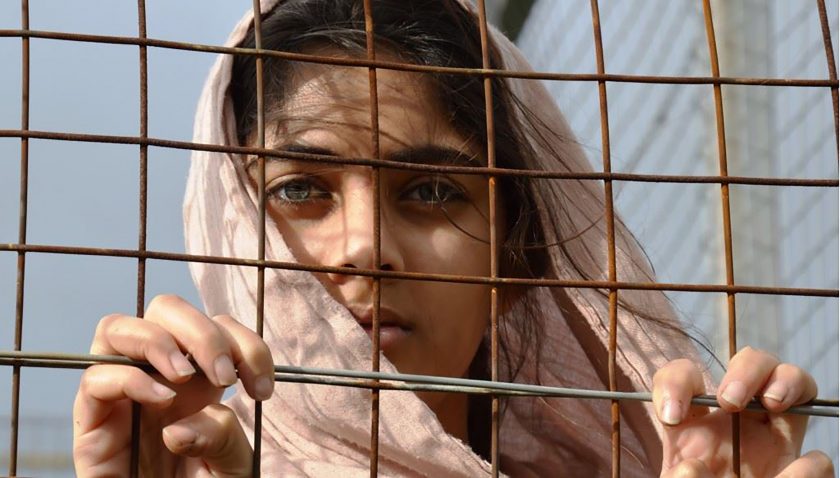 A dramatic exploration of the current refugee crisis in Europe and its roots in  the middle East, a thriller and partly a drama documentary. The production aims to asks questions rather than give answers, to  appeal to a wide audience as well as inform.  The production will use English and Arabic.

The play follows, Rachel,  a professional human rights activist based in London.

Her friend and contact, Razan (an actual Syrian lawyer) is abducted by Islamists in Syria during a skype call to London. A Secret Service Officer approaches Rachel and asks her to got to Syria to bring out a woman General who might unify the  ineffective Syrian opposition groups in Paris, who the West support. The woman general (based on a  a real figure) distrusts  the CIA and MI6 but trusts Razan’s friend, Rachel.  Rachel reluctantly agrees to go when offered a deal  that might also save Razan.

The play then shifts to the Middle East. Rachel goes into Syria from Turkey, and begins a journey into a “heart of darkness”  that recalls Conrad’s famous novel and the film Apocalypse Now.  She experiences not just the horror of civil and religious war but also the courage and even laughter of ordinary Syrians who stand up to extremism and dictatorship. Use is made of contemporary Syrian and Middle East music, such as political rap and Sufi/dance beats. Different types of Islam are presented and  the modernity and complexity of Syria are there for all to experience.  But the journey becomes darker as Rachel moves eastwards in the company of her Arab “minder” Safid, a key sympathetic  figure in the play.

Moving towards Isis controlled areas Rachel at last reaches the General. But finds the wounded female General has no wish to escape to Europe but only to confront the forces of extremism with her own version of Sufi universal values. The General has almost tricked Rachel, because she wants her to take out her teenage son (Hassan).  Rachel agrees as the Isis forces close in and the General and Safid seem doomed.

The final section of the play sees Rachel and  the son escape from Syria. But the CIA and MI6 have no interest in Hassan, and abandon Rachel. She tricks and bluffs her way to safety but the son now has to endure the refugee route to Germany.  Rachel does all she can to help him on his  this hard road. The play uses music and imagery to convey  the harsh journey on fragile rafts, on crowded beaches, with corrupt people traffickers, hostile tourists and a sealed lorry journey to Munich.

The final scene is ambiguous. Rachel meets Hassan in Munich,  Hassan speaks through a local Imman to Rachel. He  thanks her but shocked by the Europe he finds himself in, he rejects its values and  integration and seeks to withdraw into a closed world where he feels at one with his own faith and culture.  This culture is not that of his mother or Razan, the production makes this clear, but the ending opens up questions rather than provides answers about a core issue in modern Europe.

Most performances are followed by discussions with the audience who may suggest alternative endings.