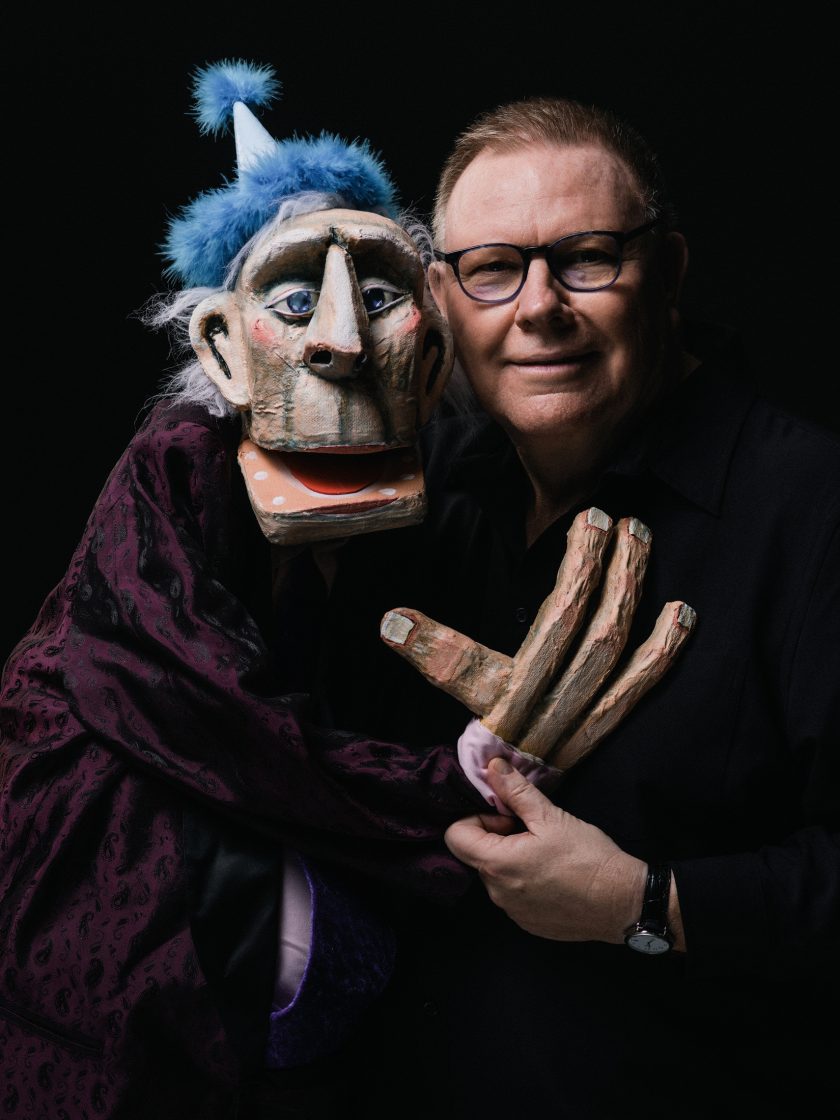 Neville Tranter (1955, Toowoomba, Australia) completed his drama studies with the US director Robert Gist in Queensland in 1976, having also trained with the Billbar Puppet Theatre. He founded the Stuffed Puppet Theatre the same year. After the Stuffed Puppet Theatre had taken part in the Festival of Fools in Amsterdam in 1978, Neville Tranter moved from Australia to the Netherlands, where his visual and emotional adult puppet theatre developed to assume its present form.

He treated controversial subjects such as “Schicklgruber, alias Adolf Hitler”, about the last days of Hitler and his entourage, “Punch & Judy in Afghanistan” and “Babylon” about boat refugees.

Neville Tranter also works as a director and as a teacher in puppetry.